Your browser does not support JavaScript!
Skip to content Skip to navigation menu

Worm infestations are very common in dogs and can cause distress and ill health. The most common are roundworms and tapeworms. With the exception of tapeworms, segments of which can be seen without magnification in the droppings, the best way to diagnose worms in your dog is to have your veterinarian perform a faecal exam. Your veterinarian will examine your dog's faeces under a microscope for the presence of microscopic worm eggs. However, your dog may have worms, yet show no eggs in the stool. This is why regular de-worming is so important.

Roundworms (or Ascarids) look like short lengths of spaghetti (around 4 inches in length), curled up into a coil. The adult worms live in the intestines of the dog, feeding on its contents.

The most common roundworm to infect dogs in the UK is Toxocara canis which can also infect humans. Children are particularly vulnerable as they may pick up the worm eggs from contaminated soil while playing. The worm larvae migrate through the child’s body, and can sometimes end up behind the retina where they can cause permanent damage to the child’s eyesight. Worms have also been implicated in epilepsy.

Tapeworms resemble long, flat ribbons, divided up into segments.  The mature tapeworms head attaches itself to the intestines, segments are filled with eggs, and individual segments break off, to pass via the dog’s faeces into the environment.  Tapeworms, unlike roundworms, need an intermediate host (e.g. flea or mouse – both have different species of tapeworm for different intermediate hosts) that is eaten by the dog.

The most common tapeworm to affect dogs in the UK is the flea tapeworm (Dipylidium Caninum) which uses the flea as an intermediate host in its life cycle.

Swallowing fleas while grooming infects dogs, and once in the gut, the worm larva carried by the flea begins to develop into an adult worm, which can quickly grow to a length of nearly 2 feet.

Adult tapeworms anchor themselves to the gut wall and feed on the dog’s blood. Unsurprisingly, a heavy infestation can cause anaemia (low blood cells), lethargy, loss of appetite and a dull lifeless coat. Unlike roundworms, tapeworms are generally a problem of adult animals.

Tapeworms can also damage human health. The common ones such as the mouse and flea tapeworms are thankfully relatively harmless, but Echinococcus granulosus is a less common tapeworm that can cause serious health problems.

Whipworms are long, thin (whip-shaped) worms that live in the dog's colon and are not visible to the naked eye. They attach themselves to the intestinal walls and feed off of them which may, in turn, cause intestinal bleeding.

Preventative measures such as immediate removal of faeces from the garden and regular testing of your dog’s faeces to check for infestation are important.

Heartworm, although highly preventable, has the potential to be fatal, if contracted and left untreated.

Heartworm is spread by mosquitoes, mostly during the warm months when mosquitoes are most active. The mosquito becomes infected from biting dogs that carry the disease. These worms destroy the muscle and tissue of the heart, which can cause congestive heart failure and result in death. At this advanced stage, your dog would experience the typical signs of worms such as coughing, lethargy and a dull coat. Unfortunately, there are no symptoms of this disease until it has progressed to an advanced stage. Heartworm is not transmitted in the UK, as we do not have the mosquito vector, therefore treatment and prevention of this worm only becomes important if you are considering travelling abroad.

True lungworm - Filaroides osleri, is relatively rare in the UK. It can be a problem in high-intensity conditions such as greyhound racing kennels, and can cause bronchial irritation and cough.

Currently there is a lot more focus on Angiostrongylus vasorum, which is also known as French Heartworm. Larvae from this parasite migrate through the gut, lymph nodes, liver, venous system, heart and then lodge in the pulmonary artery. Their eggs then enter the lungs, migrate up the trachea, and are then swallowed. Because of the long migration of the larvae, this parasite causes a variety of problems, from general ill-health to:

Because of the variety and vagueness of the symptoms, it can be very difficult to diagnose. The intermediate hosts of Angiostrongylus vasorum are slugs and snails, which dogs may eat accidentally or purposefully.

Given that worm infestations are so common in the UK, complete prevention over the whole lifetime of your dog is hard to ensure. Control is based on a regular quarterly treatment with a drug that will kill the most common worms (these drugs are called “all-wormers”). These may be given orally as granules, tablets or suspension, and there are spot-ons available that will kill most common worms (only available on prescription from your vet currently).

Not all worm groups are killed by all of the available drugs, so it is important to gain advice as to which products are suitable for your dog’s needs. Tablet wormers will only kill an existing infestation; they do not have residual activity so it is still important to be vigilant for signs of worms in between doses if you are using tablets. Remember to always seek veterinary advice for treatment advice. 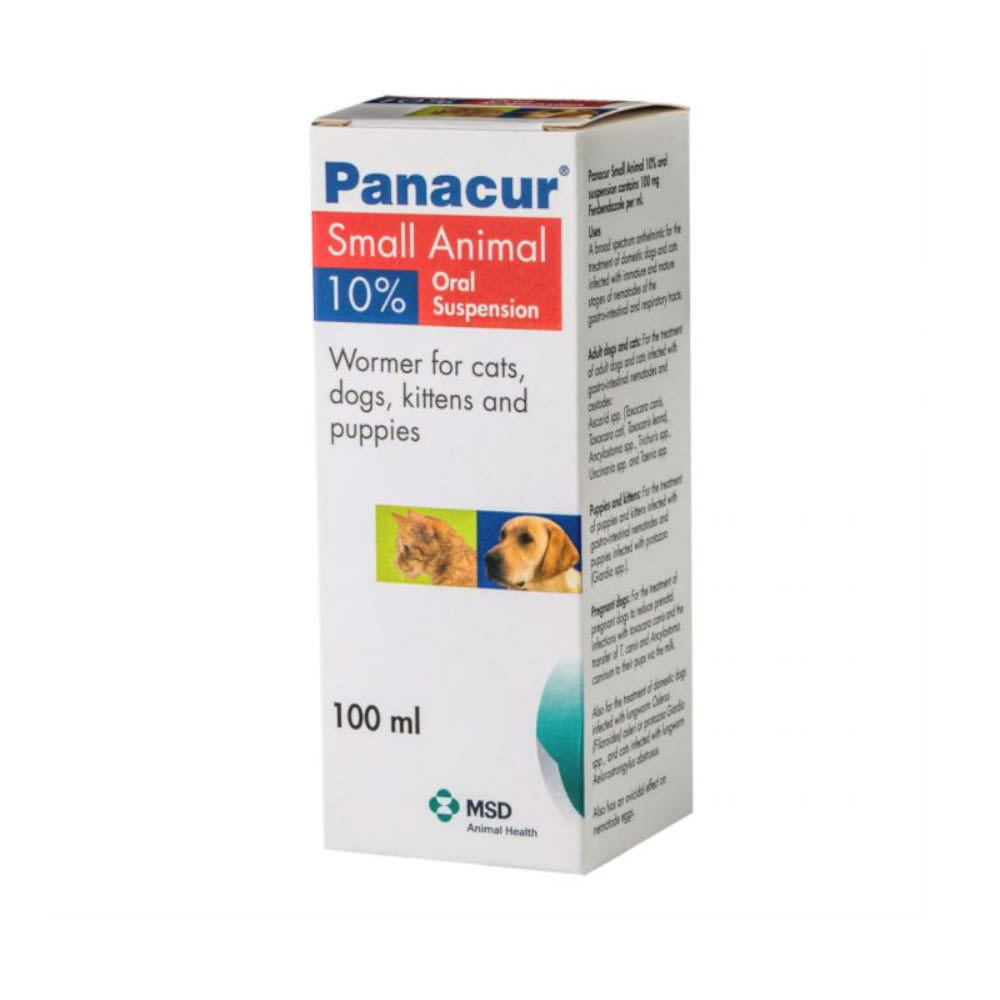 Always consult your vet before treating pregnant or lactating bitches for worms. Not all worming treatments are suitable during pregnancy.