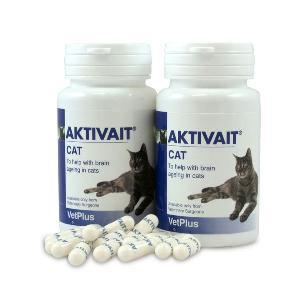 AKTIVAIT® is a nutraceutical supplement containing safe natural antioxidants and substances that may aid brain function. It is manufactured in theUK to pharmaceutical standards and may help to:

Improve your cat's vitality and energy

Improve your cat's quality of life

Directions: give one capsule daily. Composition, each capsule contains:

Only feed to cats under veterinary supervision

Study held on file by Vetplus

Product reviews are filtered by language.
The following reviews are available in English.